Recently I saw a Top Ten games list on Kotaku via Twitter. I started thinking about what my top ten games are and the more I thought about it, the more I thought it would be a great first (real) blog post. These are the games that really stand out for me in my history of game-playing and they seem to reveal a trend in my gaming life. 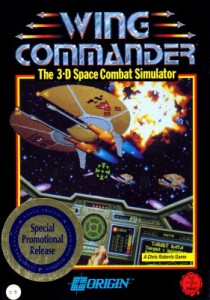 The first game that I got to play on the newfangled 286. I didn’t have a Sound Blaster or the advanced graphics but it DID come with schematics of the three ships you get to pilot. What happened to great add-in content like that? Now you have to buy the Collectors Editions for $100 to get anything extra. 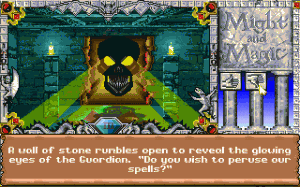 I think this was the first RPG that I really got into. I was all over the Isles of Terra until I happened upon some crazy high-tech ruins. Once inside, I couldn’t figure out why my characters would mysteriously lose consciousness and then wake up. I went back and lost consciousness a dozen times trying to figure out what was happening.. played some more.. Then I discovered what had happened each time I my party blacked out.. My characters were growing weak, feeble and dying from old age. All the time I had invested in the game was gone. I lost interest and moved on to Lords of the Realm or something. 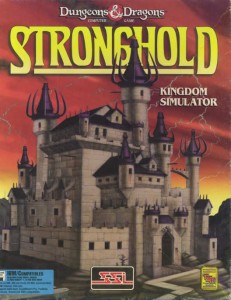 Imagine Sim-D&D. You start off with a castle and some warriors, mages and workers. You use a Recruit/Train/Build slider to influence what your units in the area do, and then you attract them to different parts of the map (using that slider) to build/mine/fight. Although I had played Sim-City before, Stronghold bridged the gap between direct character control like in RPGs and complete lack of control like in Sim-City and that was very interesting to me. 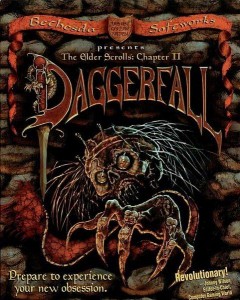 My most prominent memory of this game is playing late into the night in winter. My room was cold and I was riding my horse through a town while it snowed. It was great. Daggerfall had “thousands of locations” to visit, which were randomly generated dungeons and the tunnels didn’t always quite line up but it was still good times sneaking around as a bad-ass warrior-thief. I’d cause some trouble with the city guards only to climb up the side of a house and escape via rooftop. I recently realized this gameplay is one of the many things I love about Assassins Creed. 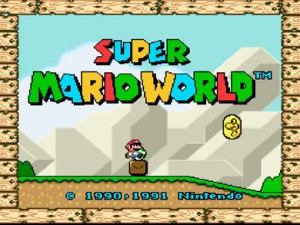 There was something magical about the SNES. Something about the graphics and the games. Super Mario World was something special and it was simply creative, fun and inspirational. 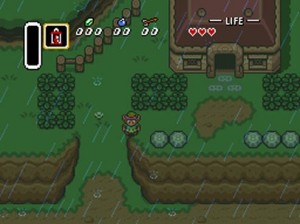 Legend of Zelda: A Link to the Past

The opening really set the tone for the rest of the game. Link’s father leaves in the middle of a dark and stormy night leaving Link to follow in his footsteps. The eerie night, the voice in Links head, the rain, the mood… 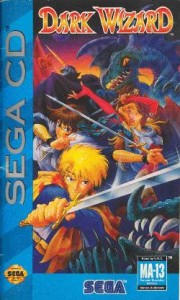 My best friend had a Sega CD and one of his games was Dark Wizard. It was a turn-based strategy game in which you chose one of four fantasy characters and set out to take over the world. You were able to summon creatures and hire mercenaries and move them around the hex-grid. When you battled another creature it cut to a side view of the two creatures which had a little attack animation then back to the hex map. The units got experience and every ten levels (I think) they transformed into a new class of creature. Fighters became Knights which became Paladins, Dragon pups became Zombie Dragons which became Death Wyrms which became Death Dragons… This game has inspired me to spend many hours brainstorming and writing little design docs for clones of this game. It’s also the reason I picked up Disciples II. 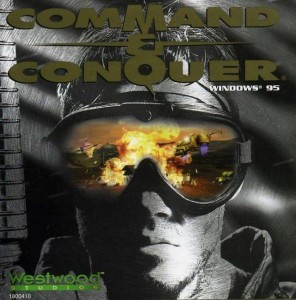 I remember browsing the aisles of what may have been an Electronics Boutique, looking at all the cool games on CD-ROM and imagining how amazing they must be. I overheard a clerk recommending Command & Conquer to a customer and I quickly investigated. I had never picked up the C&C box before, just quickly glanced at it, registered a soldier on the boxcover and moved on.
This time I picked up the box and noticed the Orca and Flame Tank in the reflection of the soldiers’ goggles. My sci-fi nerd interest was piqued. I turned the box over, took in the images and read everything on the back. I had to own this game.

I ended up getting C&C immediately after getting an awesome new 133 Mhz computer with a CD-ROM! I was jumping out of my chair in excitement at the end of the installer. Best installer EVER.
C&C Installer (YouTube) 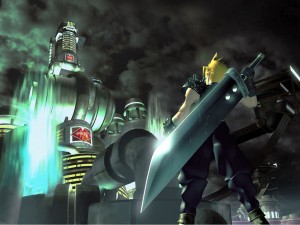 Sephiroth.. Such a great villain. 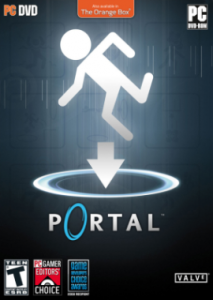 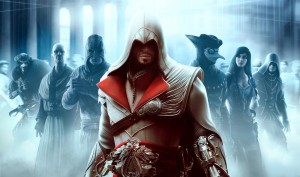 At the time of this posting I am still playing Assassins Creed: Brotherhood but I have already played through the first and second in the series. Like Assassins Creed 2, Brotherhood is an evolution of the series, fixing complaints about the previous game and adding new interesting elements. I don’t just have a Villa to fix up this time, I have the ENTIRE CITY of Rome (which I have been to, so it’s really cool to see the Pantheon.. Although I feel like it was bigger in real life) to unlock and upgrade!

Plus I get to recruit assassins and have them strike from the shadows? Sweet. Adds a little more variety.. Still love the free-running and I always want to go do it myself after playing for a bit. Anyone else start plotting how you would climb up buildings around town too or is it just me? I’m also digging the historic fiction! (or is it???) and multiplayer too!

There’s many other games that I feel deserve a mention but I’m gonna save those for another blog.